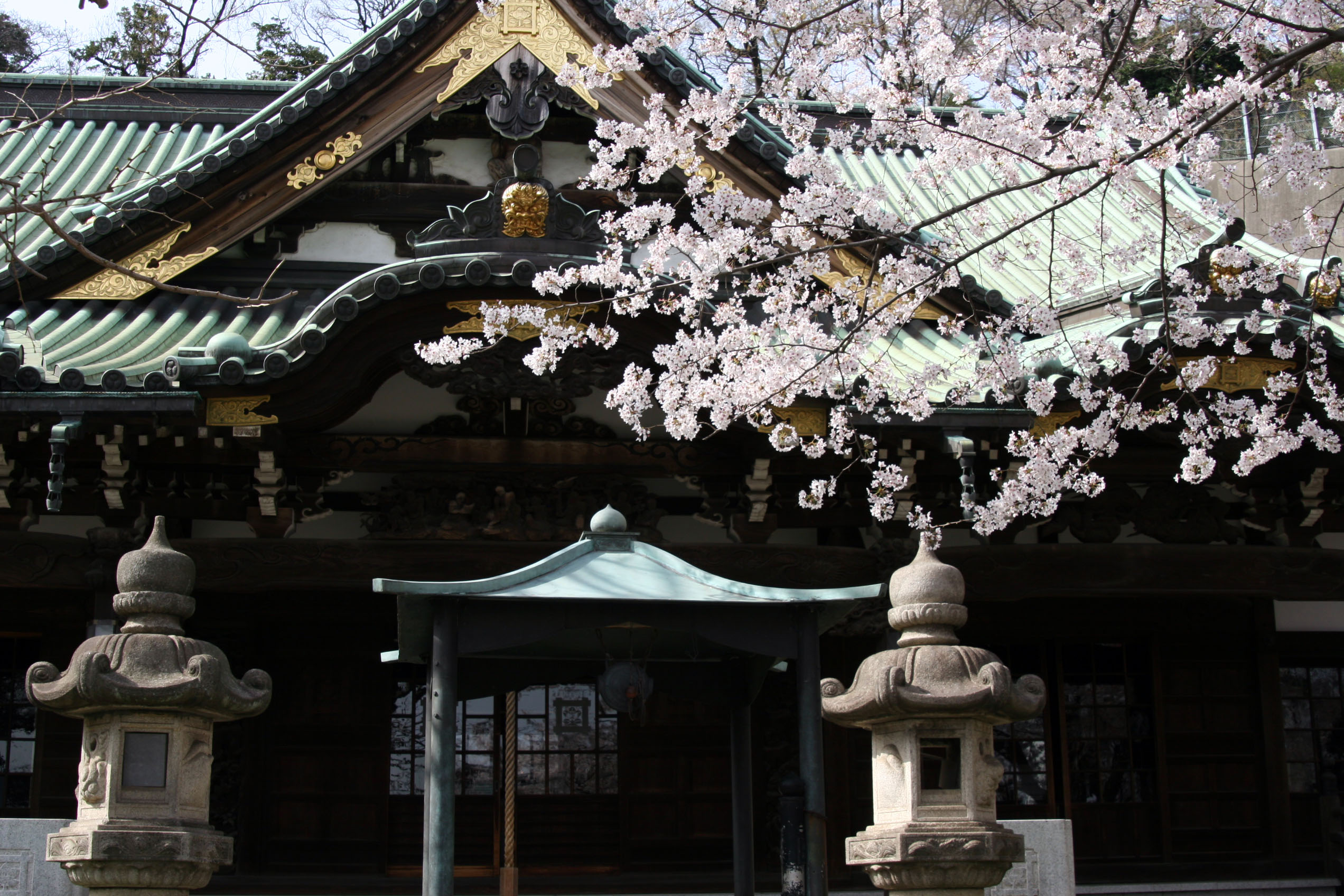 One of the most recognized symbols of Japan is the cherry blossom (Sakura 桜). You can find cherry trees all over Japan, generally lined up along paths and rivers. During most of the year, you may wonder why there are only cherry trees planted on these paths, but when spring comes around, it’s pretty obvious.

In Japan, Sakura are the symbol of spring. It isn’t really considered spring until they bloom; despite having many other domestic flowers that also bloom in spring. Sakura are a Big Deal and are seen as something unique to Japan. The Japanese love celebrating things that are special to their country.

If you’re in Japan during the spring, you can’t miss them. The news literally follows the Sakura as they bloom from Okinawa on up, usually starting in late March and continuing through April. Each region’s Sakura are unique and beloved by locals. In Okinawa, they are known for being really pink. But when I saw them in Hyogo prefecture, they were almost completely white. Sakura are considered to be quintessentially Japanese, so naturally, there is a lot of tradition and culture concerning them. The most popular—and fun—is the tradition of hanami (花見) or “flower viewing.”

This is exactly what it sounds like. A group of family, friends, or coworkers get together and go see the flowers. Sakura only bloom for about two weeks before they fall, so it’s a pretty busy week in the areas where the flowers bloom.

People bring blankets and picnics, sit under the trees and have a party. Generally, alcohol is involved. What better way to enjoy nature than totally wasted, right? Overall, it’s a pretty fun and lively experience, and it’s one of the biggest parties the country has all year. Seriously, it’s probably only outshined by New Year’s.

There are a lot of popular places to go see the Sakura—castles and famous parks being at the top of the list most of the time. If you’re visiting during this time, you can easily find lists of the top places to view Sakura, or you can just ask locals when you get there. If you want to go to a more popular place, you should know that a lot of people will go out really early to claim a spot. It’s like those small-town parades in the U.S. where people leave lawn chairs on the side of the road. If you want a spot, you’d better go early.

However, you can enjoy the cherry blossoms without clamoring for a spot in a big park. Sakura are planted everywhere in Japan.

When I was there in April, I didn’t live close to a big city (the closest was Kobe and it was over two hours away). But even though I was in the country, there was still a nice river path with Sakura planted along it.

It was a quiet area, and I only ever saw a couple of people sitting under the trees to eat lunch. I even stopped one day and ate bentos under the trees. It wasn’t as much of a party as the bigger areas tend to be, but it was still nice to sit and enjoy the flowers.

Learning about this tradition might seem a bit new to a lot of you. Why would anyone want to go outside just to look at flowers?

Japanese people have always had a profound respect and interest in nature. This is another Shinto thing, and it has become ingrained in their culture. According to Shinto, everything has kami (神) or “spirit” in it. Rivers, mountains, trees, and everything else in nature is basically sacred. It’s important to respect and appreciate the world around us, and the spirits that reside in everything.

Taking a minute to sit outside and just enjoy being in nature is something I think all of us can learn to appreciate, if we don’t already. The tradition of hanami allows people to be outside, enjoy nature, and enjoy the company of people they care about.

Sakura are mentioned constantly in classical texts (such as the Tale of Genji), classic poetry, and pretty much every genre of Japanese literature and media up to the present day. Sakura are used to represent not only spring, new life, beauty, and grace, but also impermanence, loss, and death.

The Beauty of Impermanence

The thing is, the blossoms bloom and they are beautiful. But after a few short days, they start to fall. Japanese people consistently find beauty in impermanence. Seeing the cherry blossoms is one thing, but it gives the experience more depth and meaning when you know they will be gone in a week.

This idea of impermanence is very popular in Japanese media and has been since literally the oldest Japanese stories. If you look at the Tale of Genji, which is, of course, our go-to when it comes to classic literature, Genji can be easily compared to Sakura. He is beautiful and wonderful, but he dies very young (and like 15 chapters before the book ends). His life is fleeting, but everyone enjoys being around him while he is alive. He doesn’t even actually die in the book. It happens in between chapters. But the point is that he was impermanent, despite his perfection.

This idea is also seen in modern Japanese media. Have you ever seen a Japanese movie with a happy ending? That’s because the normal Western “happily ever after” doesn’t really satisfy a Japanese audience. They want it more open, or even kind of sad. They want to see impermanence and loss reflected in the story.

And that’s why they love Sakura so much. The flowers are absolutely stunning and completely temporary. Hanami is a big deal, because you have to go out and do it, or you will miss the experience completely.

So when you are in Japan during these months, don’t miss it. Whether you want to go party it up in some awesome park in Tokyo, or wander the quiet river paths of a tiny town, go out and see the cherry blossoms. If you aren’t in Japan, take a moment to step outside and enjoy a bit of nature. Maybe it’s blisteringly hot. Maybe it’s snowing or raining. Whatever it is, I’m sure you’ll be able to find something to appreciate about it.

This is a text widget, which allows you to add text or HTML to your sidebar. You can use them to display text, links, images, HTML, or a combination of these. Edit them in the Widget section of the Customizer.
Loading Comments...