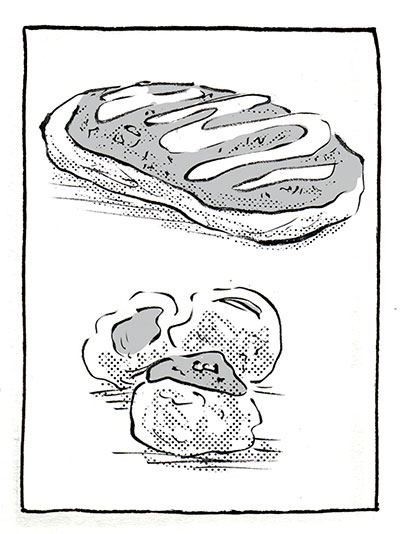 Have you ever wondered where in Japan is the best place for a foodie? If you’re going to Japan to eat, first you should know that there’s no easy answer to that. Every region in Japan is famous for at least one kind of food (like edamame in Gifu). But if I had to pick a good hotspot, I would say Kansai is up there.

Kansai is a fairly well-known region in Japan, including large cities like Osaka, Kyoto, and Kobe. It’s famous for its kind of wild dialect (なんでやねん！) and pretty unique dishes. Having lived in Kansai for some time, I’m totally biased. But it’s a super fun place with a ton of people, so it follows that you can get some really good food.

This isn’t going to be an exhaustive list of Kansai cuisine, but rather some that I would highly recommend if you’re going to be in the area.

If I’m going to talk about Kansai food, I’m going to tell you about my absolute favorite food in the world. Okonomiyaki is a Kansai staple, and literally everyone there has their own way to prepare it. If you can read any kanji, you can look at that Japanese and see that the ingredients for okonomiyaki are basically “anything you like.” 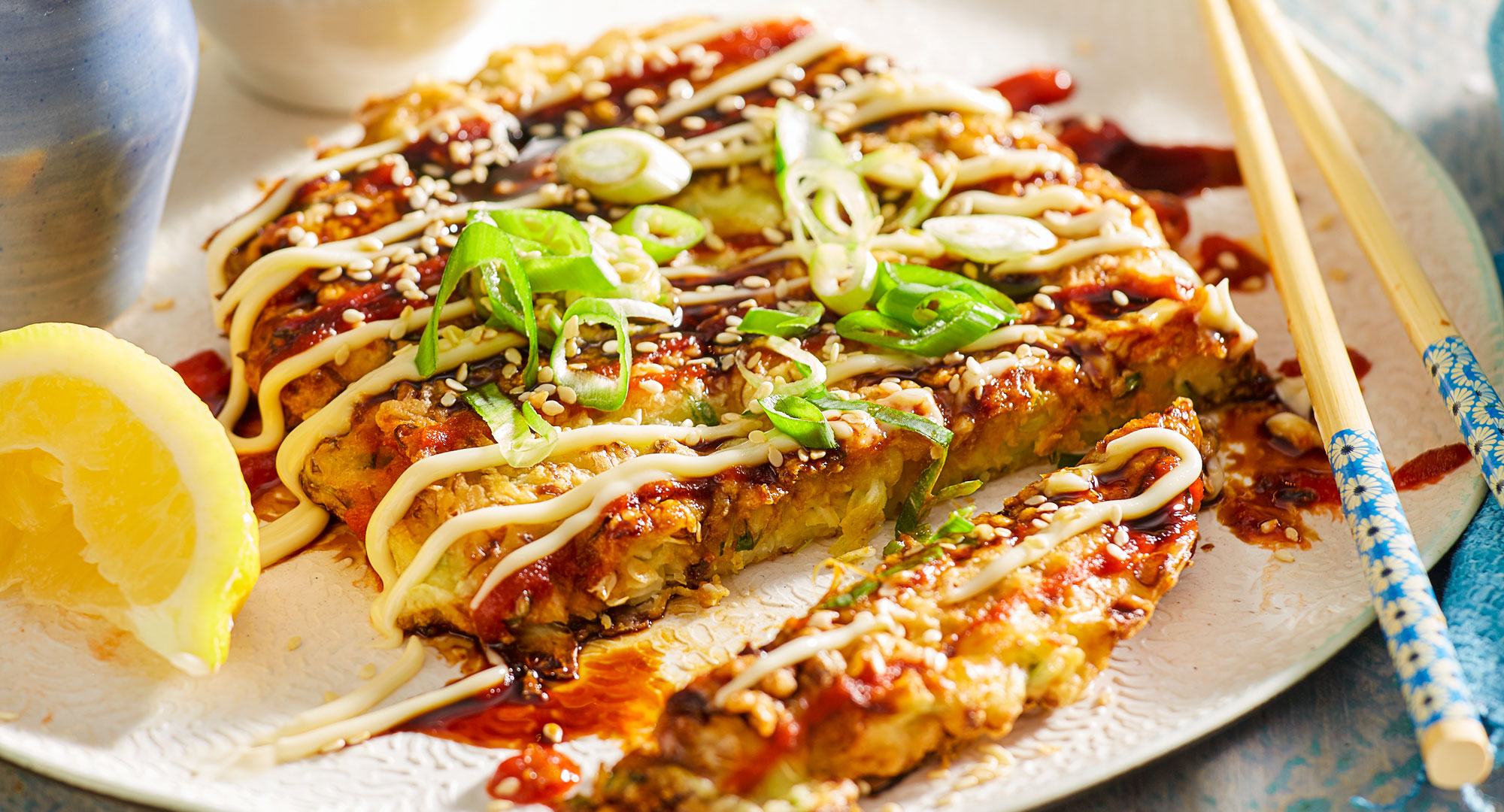 Basic okonomiyaki is actually pretty easy. You make some pancake mix, but put a ton of chopped cabbage in it. More than you think you should. So much cabbage. You also add other ingredients that suit your fancy (anything from carrots to cheese to seafood), and you cook it. It’s topped with a specific okonomiyaki sauce, mayonnaise, seaweed, and bonito flakes.

The general okonomiyaki consensus is to serve it with thinly sliced pork belly on one side, but you can always make a seafood okonomiyaki if you prefer that.

If you get this in Hiroshima, they layer up all the ingredients instead of mixing them, which I’ve heard is very good. So give that a go if you’re in Hiroshima.

Okonomiyaki is very difficult to explain to someone who doesn’t understand it. I try calling it a “cabbage pancake,” which is a pretty literal interpretation of the dish. I’ve also heard it called “Japanese pizza” due to the fact that you can really make it with whatever ingredients you want. It may sound a little weird, but don’t knock it ‘til you try it.

The most fun part about okonomiyaki is that they sometimes let you make it. Restaurants that sell okonomiyaki often have grills built into the table. The chef will give you the mix, and then you get to cook it yourself. This is a really unique experience that kind of makes you feel like a chef at one of those teppanyaki places. Getting so involved in cooking a dish can make the experience so much more fun and interesting. 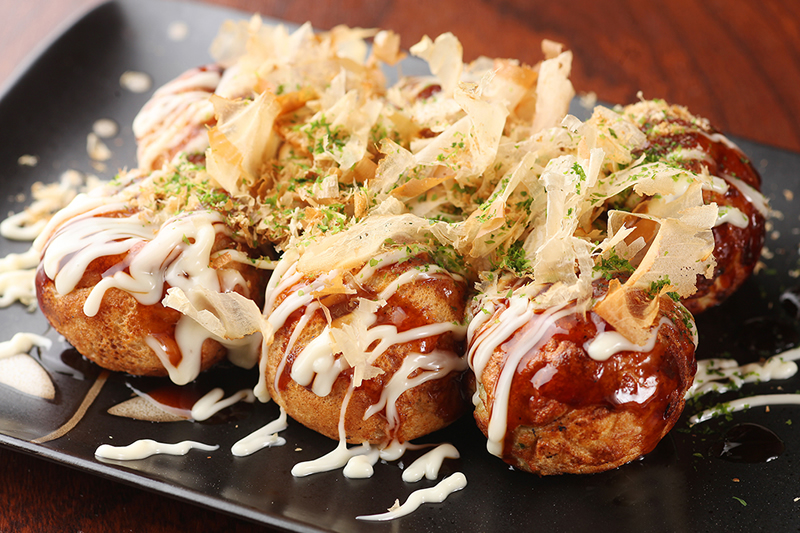 Moving onto another staple of Kansai cuisine brings us to takoyaki. No, this has nothing to do with the popular “Mexican” tacos Americans love and adore. The tako (蛸) in this dish is the Japanese word, meaning “octopus.”

If you just shied away, you should come back. Takoyaki is one of the nicest introductions to eating octopus a person can find. Takoyaki has become so popular in Japan, it’s seen as a staple matsuri food. Seriously, how many anime have you seen where the characters eat takoyaki at a festival? It’s more than one.

Takoyaki is basically a savory pancake puff with a tiny piece of octopus in the middle. They are round and adorable and best eaten when they are the temperature of molten lava. Just like okonomiyaki, they are topped with the unique takoyaki sauce (which is different from okonomiyaki sauce, even though it looks the same), mayonnaise, seaweed, and bonito flakes. When you buy them as street food, you often get a little skewer to eat them with, as they are bite-sized balls of fire and deliciousness.

As you might expect, there are also variations with this dish. My favorite version of takoyaki is called Akashiyaki, which is served with a broth on the side to dip each one in. It is, as you might be able to assume from the name, popular in Akashi, which is between Kobe and Himeji and is a super famous town because of literature like the Tale of Genji. This variation is a fun thing to try if you’re looking for something a bit less typical to eat that is still unique to Kansai. 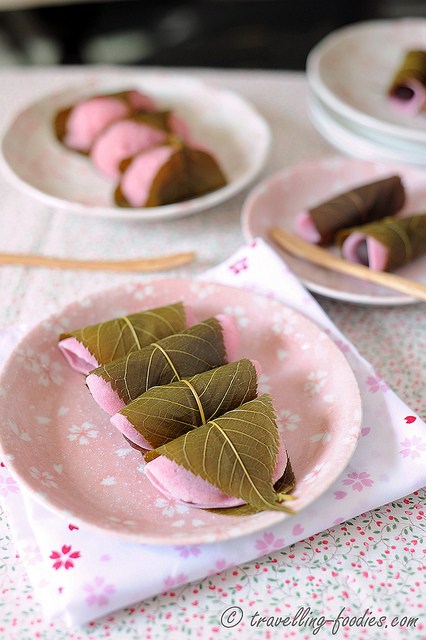 Okay. I know what you’re thinking. Mochi isn’t exclusive to Kansai. But hear me out on this.

When I was in Kyoto, the absolute greatest thing I ate there was the mochi. Kyoto, being the tourist trap it is, has a lot of food available that is supposed to be very Japanese, and mochi is no exception. But they usually make it a little different so it is unique to Kyoto.

The mochi I saw everywhere in Kyoto was thin, cut into squares, and wrapped around bean paste. The texture was a lot different from normal mochi, which can get pretty sticky and almost gummy. So give this one a try if you happen to visit Kyoto.

And of course, you can’t talk about Kyoto without talking about green tea. The green tea in Kyoto is said to be the best in the world, and it certainly won’t be difficult for you to find it. Basically, every restaurant there advertises its tea, whether in normal tea form, mochi, ice cream, or anything else you can possibly imagine being green tea flavored.

Because it’s Kyoto, you can even hit up some fun and historical tea houses and enjoy some picturesque gardens as you sip your tea.

So if you’re going to be hanging around Kansai and you don’t know what to eat, hopefully, this gave you some ideas. If you aren’t going to Japan, but want to see what Kansai food is like, look up an okonomiyaki recipe. It’s actually pretty easy to make. And make sure to learn some Kansai-ben while you’re at it! It’s めっちゃおもろい! 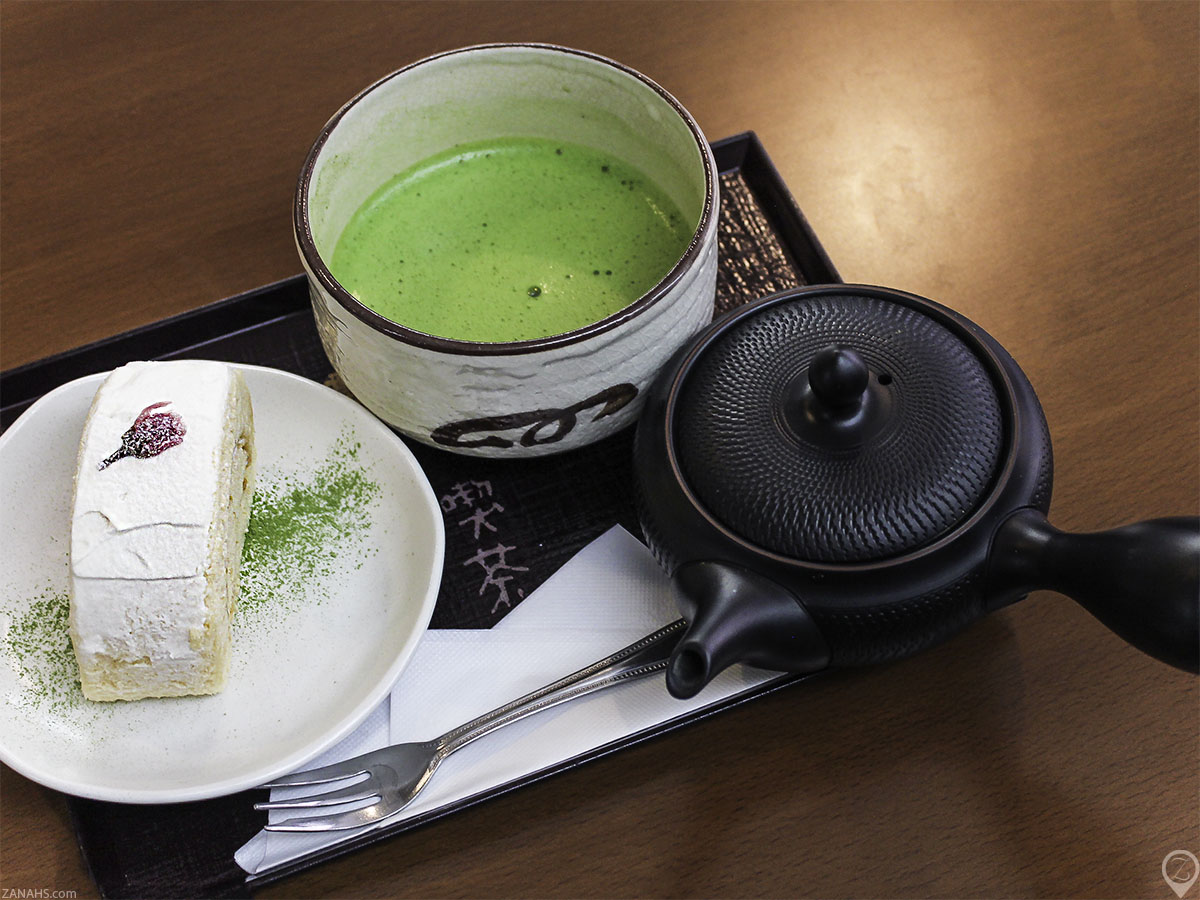 If you’d like to learn more about traveling in Japan, check out our article “Travel Guide to Lodging in Japan.” And, to help you with your language skills, make sure you check out our daily podcast.